Staying sober is easier than getting sober. That saying brings me back to the numerous times I decided I wasn’t going to drink again.  The first couple of days were easy because I was still in the throes of the hangovers from Hell. The kind that make you want to crawl out of your skin and beg to be someone, anyone else who wasn’t feeling that way. I’d  be dehydrated from a three day binge and not be able to eat until day three, which was the day my physical self started to feel better but I had to deal with anxiety for at least the next 5 days. Before my own episodes of anxiety,  I had always thought anxiety was something that could be controlled if you put your mind to it.  I found out that it’s one of the things that could bring me to my knees. It was devastating to have my mind so out of control.  Most of my frayed thoughts revolved around how horrible of a person I was because of my drinking episodes. I would panic as I tried to replay what I had said and done while black out drunk.

My resolve to stay dry usually lasted two weeks.  By the end of that second week I would be feeling better and decide I could moderate my drinking.  The first drink would go down pretty slowly so I would convince myself that I was in control.  I would spend the next couple of drinks feeling pissy because I knew I was close to the limit I had set.  Once I passed that limit,  all bets were off for when I would stop.  The vicious cycle of my binge drinking continued. If I stopped,  it wasn’t long before I had to start again because my body would be nauseous,  shaking and begging for just one more drink because that was going to make everything better.

I still have days that suck. Every day doesn’t feel like the best day of my life but it’s better than the hell that I was living.

Even after two years of waking up sober, I haven’t committed to never drinking again.  For now, I’m happy with,  “I’m not drinking today”.

No longer seeing the world through vodka colored glasses.. View all posts by Vodka Goggles

Kickin’ it one day at a time… 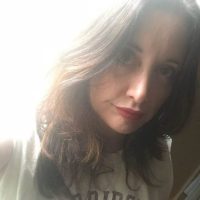 What time is it?

My light was starting to dim. Actually it has been diminishing for some time now. So a change needs to be made, time to leave the Fade.

"What makes Soberman a hero is not that he has power, but that he has the wisdom and the maturity to use the power wisely"

Learning to stumble through life without the comfort of booze.

Tired of Thinking About Drinking
A New Approach

I'll have a water.

Not every journey can be measured in steps...

a blog about living sober. i didn't always drink beer but when i did i drank a lot of it. stay sober my friends.

byebyebeer.wordpress.com/
One day at a time

My Journey in Sobriety

The Adventures of a Sober Señorita

Follow me as I live la vida loca (but sober)

Living Right for My Boys